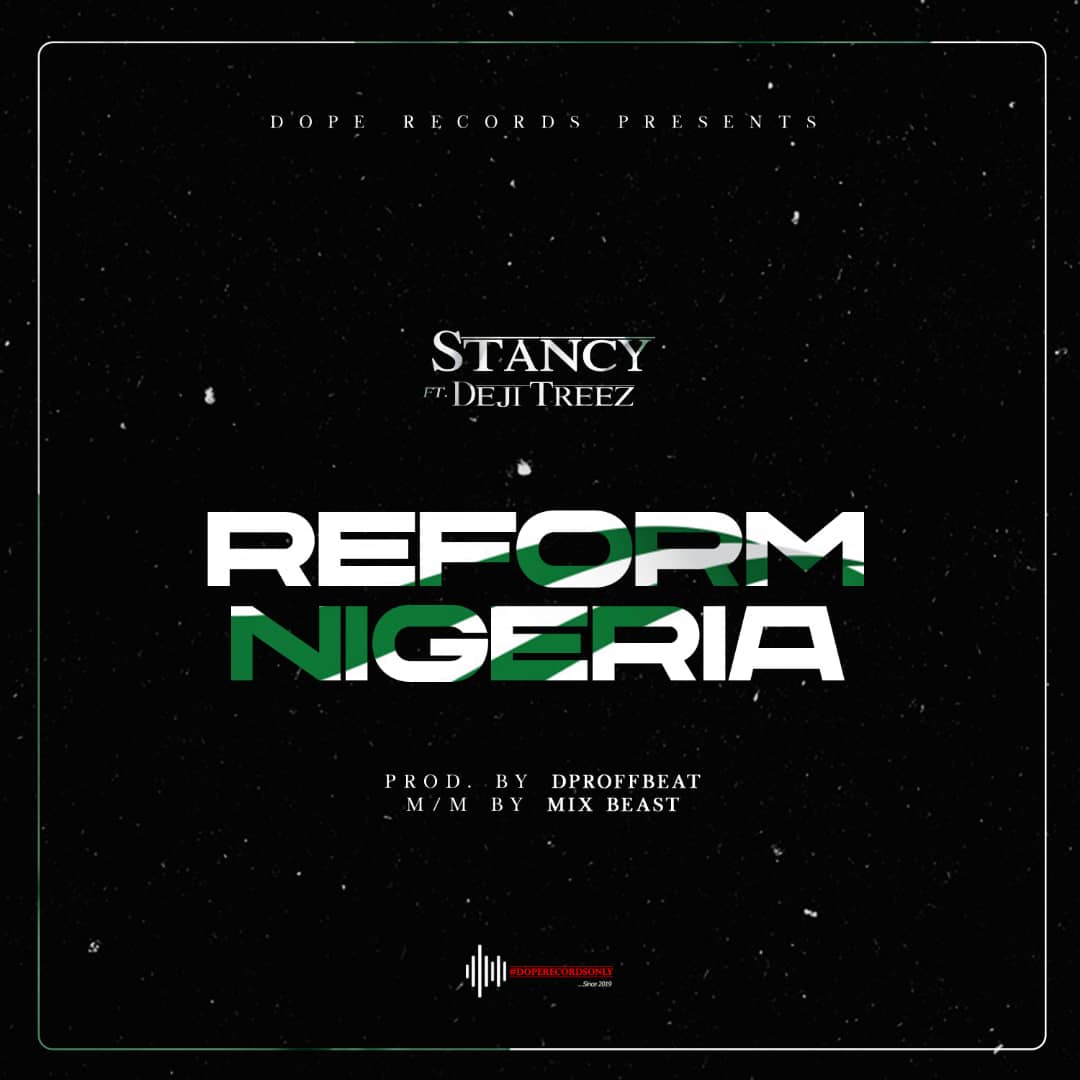 Nosakhare Agbonstan Kingsley popularly known as STANCY is a talented afro pop / Rapper / and Indigeneous singer from Edo State Benin who has been in d game for several decades, he’s known for lending his voices on End Bad Goverment, End Police Brutality, Say no to rape via his previously released single THEY DONT under the DOPERECORDSONLY management now is out with a street banger and similar to putin an end to BAD GOVERMENT, titled REFORM NIGERIA and he featured another great singer DEJI TREEZ..
no doubt this song is going to get more audience.
download and share your thoughts..